The Orpington is a breed of chicken named after the town of Orpington, Kent, in south-east England, which was made famous in part by this breed. It was bred to be an excellent layer with good meat quality. Its large size and soft appearance together with its rich colour and gentle contours make it very attractive, and as such its popularity has grown as a show bird rather than a utility breed. Hens often become broody and are good mothers. Although rather heavy, they are able to fly small distances but rarely do so.

The original Black Orpington was bred by William Cook in 1886 by crossing Minorcas, Langshans and Plymouth Rocks to create a new hybrid bird. Cook selected a black bird that would exhibit well by hiding the dirt and soot of London. When the breed was shown in Madison Square Gardens in 1895, its popularity soared.

The original colours are black, white, buff, blue and splash.[citation needed] Although there are many additional varieties recognised throughout the world, only the original colours are recognised by the American Standard, the Buff being the most common colour. In the beginning of the twentieth century, Herman Kuhn of Germany developed a Bantam variety. The Bantam retains the appearance of the full-size bird, but in a smaller size. There is a large variety of colours in the Bantam version, including black, blue laced, white, buff, red, buff black laced, barred, buff Columbian, and birchen. The Bantam retains the friendly personality of the Standard breed, and seldom or never flies.

There are two similar but different standards for Orpingtons. The first is published by the Poultry Club of Great Britain and asks for a weight from 3.60 to 4.55 kg for cocks and 2.70 to 3.60 kg for hens. They also ask for a heavy, broad body with a low stance, with fluffed-out feathers which make it look large; the down from the body covers most of the legs. Other characteristics of their Orpingtons are a curvy shape with a short back and U-shaped underline, and a small head with a medium single comb.

Orpingtons are friendly and relaxed chickens, and they can be trained to feed from the hand. They are perfectly happy when confined, which partly explains  why they make such good show chickens. They're very active and like to roam around and explore but they aren't too bothered when there isn't too much space to do so.

Orpingtons lay about 175 to 200 medium to large light-brown eggs a year.

It was said that at one time Orpingtons were capable of laying as many as 340 eggs per year. This decline in production was due to breeders selecting for looks over utility. 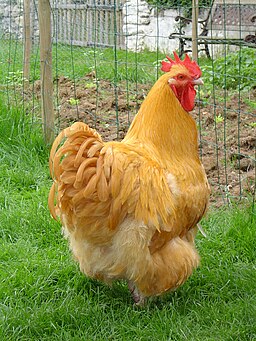 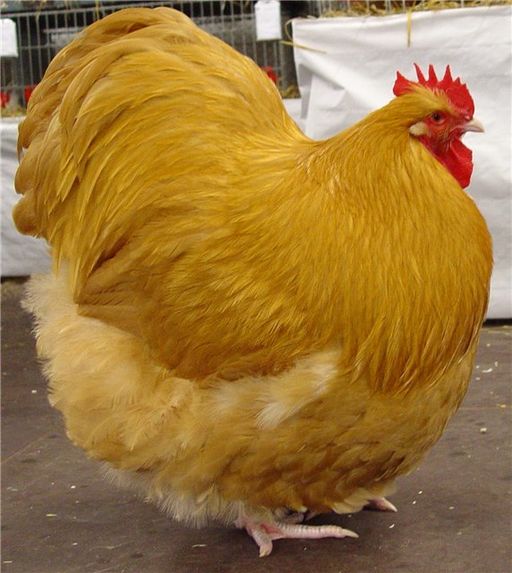 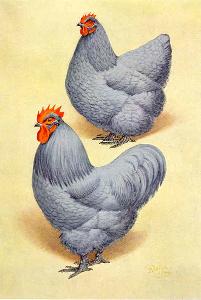 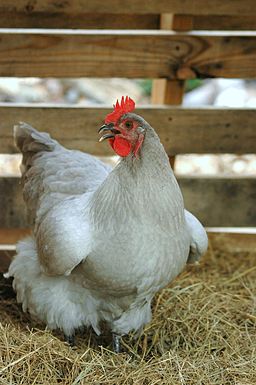