The Pekin is a breed of chicken, and a genuine bantam of Chinese origin. They have no real relationship to the large breed of Cochins, are rather short, and often only 20-30 centimetres tall. The Pekin possesses a wealth of feathering about their feet and legs, quite nearly obscuring them. The breed is remarkably popular, and seems to almost encompass the gamut of chicken colours.

The first Pekins are alleged to have been looted from the private collection of the Emperor of China at Peking (now known as Beijing) by British soldiers towards the end of the Second Opium War around 1860. However, some sources suggest that a consignment of birds from China around 1835 were given to Queen Victoria, assuming the name of 'Shanghais' and that these birds were bred with further imports and were developed into the breed we know today as Pekins. The Pekins first brought to the United Kingdom are said to have been Buff in colour, with Blacks and Cuckoos arriving later on

The Pekin is a True bantam, a breed of miniature chicken which has no large fowl counterpart. They are rather round-shaped, and their carriage tilts forward, with the head slightly closer to the ground than their elaborate tail feathers. This 'tilt' is a key characteristic of the Pekin. The bird on the whole, though the tail especially, should be abundantly feathered, and well rounded. The cockerels often have longer feathers that protrude outwards from their feet. The range of Pekin colours is extensive, and the list is continually growing. Colours include black, blue, buff, cuckoo, mottled, barred, Columbian, lavender, partridge, white, birchen, and silver partridge Rarer colours are in great demand, and many breeders spend much time perfecting new lines of colours in their birds. Frizzled Pekins are common.

Pekin Bantams are very docile, and with careful and regular handling they make ideal pets, especially for families with younger children. However, the Pekin bantam cocks can still be aggressive and defensive of their territory and mates once they reach sexual maturity, but are generally gentle natured.

The hens are regularly broody and are known to be good sitters and attentive mothers. They are not very productive egg layers.

Pains are ornamental birds that only lay about 2 eggs per week. However what they lack in egg production they make up for in personality. 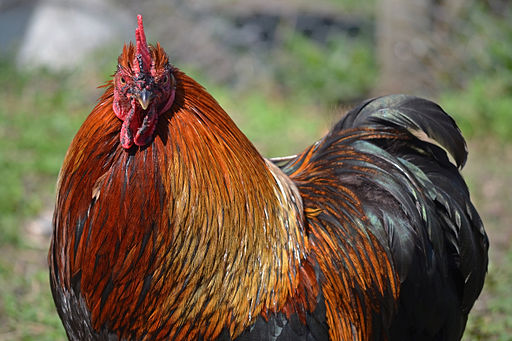 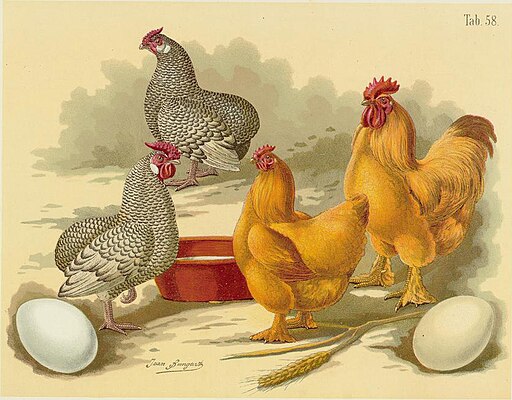 Illustration from a book by Jean Bungartz, 1885 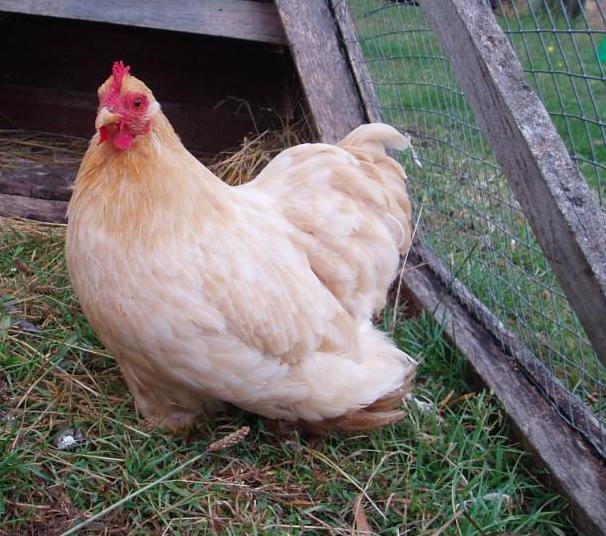 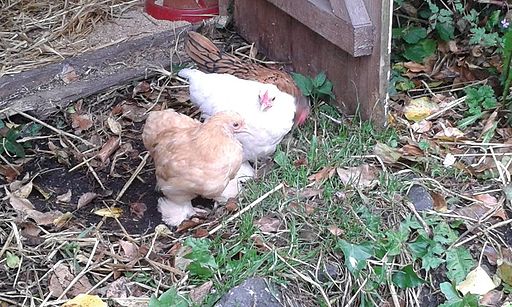 Young Pekin chickens (accompanied by Sebright in the background)